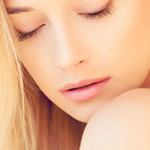 Many people put a stigma around rhinoplasty and choose not to have any type of repair done to their nose in order to avoid having a “nose job.” While Hollywood and Desperate Housewives may have built up a stigma for this procedure, there are many people whose lives could be greatly improved by having nasal repair done. Not only is the nose a prominent feature of the face, but it is also a necessary factor for your breathing. It has been estimated that almost half of the American population has received some type of trauma to the nose from injury or accident, yet the majority of those afflicted do not have any repair work done. The body has incredible healing capabilities, yet it often does not heal in the exact ways that people want. This is especially true with the nose, and many are left with an undesired appearance or a nose that does not function properly.
END_OF_DOCUMENT_TOKEN_TO_BE_REPLACED